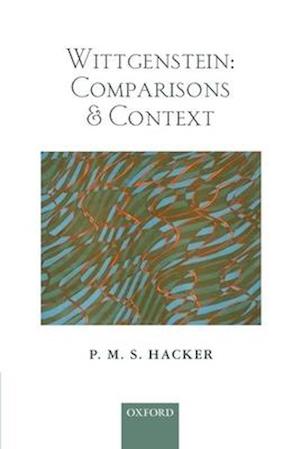 Wittgenstein: Comparisons and Context is a collection of P. M. S. Hacker's papers on Wittgenstein and Wittgensteinian themes written over the last decade. It presents Hacker's own (Wittgensteinian) conception of philosophy, and defends it against criticisms. Two essays compare Wittgenstein with Kant on transcendental arguments, and offer a Wittgensteinian critique of Kant's transcendental deduction. Two further essays trace the development of Wittgenstein'sphilosophy of psychology, and examine his anthropological and ethnological approach to philosophical problems. This leads naturally to a synoptic comparison of Wittgenstein's later philosophy of language with formal, truth-conditional conceptions of language. A further two clarificatory essays follow thesecomparative ones: the first concerns Wittgenstein's conception of grammar, and his exclusion of theses, doctrines, dogmas, and opinions in philosophy; the second concerns his treatment of intentionality. The penultimate essay examines Quine's epistemological naturalism, which is often presented as a more scientific approach to philosophical problems than Wittgenstein's. The final essay offers a synoptic view of analytic philosophy and its history, in which Wittgenstein played so notable a part.The volume complements Hacker's previous collection, Wittgenstein: Connections and Controversies (OUP, 2001), but stands as an independent contribution to work in the field.