With My Face to My Bitter Foes 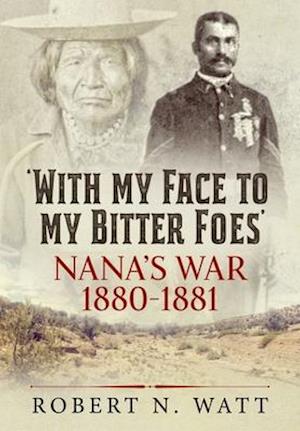 The third volume takes up the story of the continued struggle for the return of their Ojo Caliente reservation after Victorio's death at Tres Castillos. Led by Nana, the surviving Chihenne Apaches regrouped and, despite their losses, decided to continue the fight. In January 1881, these Apaches launched several attacks in southern New Mexico but, for the moment, avoided direct confrontation with the US army, choosing to evade their pursuers. Having returned to northern Mexico, Nana returned to New Mexico in July and August to lead one of the legendary raids of the Apache wars between 1860 and 1886. While this event deserves legendary status, the numbers of US troops deployed against the Apaches has been exaggerated. Moreover, the numerical advantage of the actual numbers of US troops deployed was usually offset by the scope and knowledge of the terrain traversed by the Apaches. Most importantly, this was the last time that Apaches would attempt to maintain their independent way of life within the USA. This volume will conclude with an evaluation of winners and losers, legacy of the campaign and lessons to be learned for today from the small wars of the nineteenth century.