Wise Words of the Yup'ik People 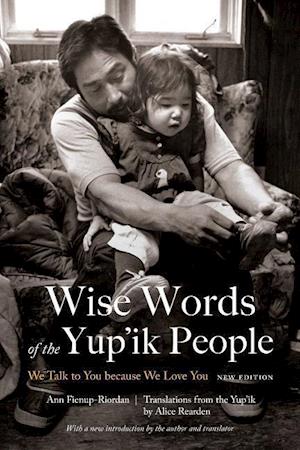 The Yup'ik people of southwest Alaska were among the last Arctic peoples to come into contact with non-Natives, and as a result, Yup'ik language and many traditions remain vital into the twenty-first century. Wise Words of the Yup'ik People documents their qanruyutait (adages, words of wisdom, and oral instructions) regarding the proper living of life. Throughout history these distinctive adages have guided the relations between men and women, parents and children, siblings and cousins, fellow villagers, visitors, strangers, and non-Natives. Yup'ik elders have chosen to share these adages during Calista Elders Council gatherings and conventions since 1998 because of their continued relevance and power to change lives. The Calista Elders Council (now Calista Education and Culture) recently spearheaded efforts at cultural revitalization through gatherings with younger community members. By describing the content of traditional instruction as well as its central motivation-"We talk to you because we love you"-elders not only educate Yup'ik young people but also open a window into their view of the world for all of us. A new introduction explores this book's impact over the past decade.Wise Words of the Yup'ik People will continue to serve as a valuable resource for the Yup'ik people and those who wish to learn more about their lives and values.