- A Life in the News 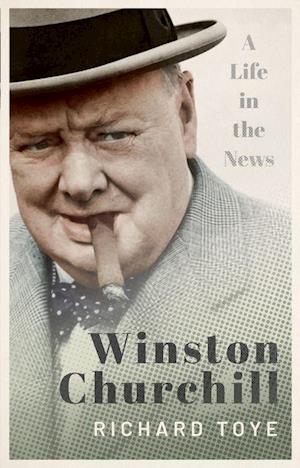 Before Winston Churchill made history, he made news. To a great extent, the news made him too. If it was his own efforts that made him a hero, it was the media that made him a celebrity - and it has been considerably responsible for perpetuating his memory and shaping his reputation in the years since his death. Churchill first made his name via writing and journalism in the years before 1900, the money he earned helping to support his political career (at a time when MPs did not get salaries). Journalistic activities were also important to him later, as he struggled in the interwar years to find the wherewithal to run and maintain Chartwell, his country house in Kent. Moreover, not only was journalism an important aspect of Churchill's political persona, but he himself was a news-obsessive throughouthis life. The story of Churchill and the news is, on one level, a tale of tight deadlines, off-the-record briefings and smoke-filled newsrooms, of wartime summits that were turned into stage-managed global media events, and of often tense interactions with journalists and powerful press proprietors, such as Lords Northcliffe, Rothermere, and Beaverbrook. Uncovering the symbiotic relationship between Churchill's political life and his media life, and the ways in which these were connected to his personallife, Richard Toye asks if there was a 'public Churchill' whose image was at odds with the behind-the-scenes reality, or whether, in fact, his private and public selves became seamlessly blended as he adjusted to living in the constant glare of the media spotlight.On a wider level, this is also the story of a rapidly evolving media and news culture in the first half of the twentieth century, and of what the contemporary reporting of Churchill's life (including by himself) can tell us about the development of this culture, over a period spanning from the Victorian era through to the space age.

Forfattere
Bibliotekernes beskrivelse A books which traces Churchill's life in the news from cradle to grave, showing how tensions between tradition and novelty played into his constantly evolving media image.