Winning in Both Leagues 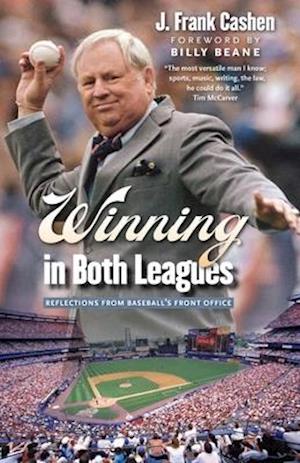 In Winning in Both Leagues J. Frank Cashen looks back over his twenty-five-year career in baseball. Best known as the general manager of the New York Mets during their remaking and rise to glory in the 1980s, Cashen fills the pages with lively stories from his baseball tenure during the last half of the twentieth century. His career included a stint with the Baltimore Orioles of the late sixties and early seventies, working with manager Earl Weaver and great teams, including such players as Jim Palmer, Frank Robinson, and Brooks Robinson. Later, tapped by Mets owner Nelson Doubleday Jr. to bring the Mets to the pinnacle of Major League Baseball, Cashen, with the rise of superstars Darryl Strawberry and Dwight Gooden, led the Mets to the thrilling come-from-behind victory over the Boston Red Sox leading to the World Series championship in 1986.

Winning in Both Leagues also chronicles the drafting of Billy Beane, who would later be the focus of the New York Times best seller Moneyball. Cashen, who was a central figure in the fierce competition with New York Yankees owner George Steinbrenner, excelled at building winning ball clubs and remains one of only three general managers ever to win a World Series in both leagues.

J. Frank Cashen (1925-2014) was, at various times, executive vice president, chief operating officer, and general manager of the Baltimore Orioles in the sixties and seventies and the New York Mets from 1980 to 1991. His teams won three world championships in five World Series appearances and were runners up in three other league championship playoffs. Billy Beane is the executive vice president of baseball operations for the Oakland Athletics.