indgår i serie Literature in Context 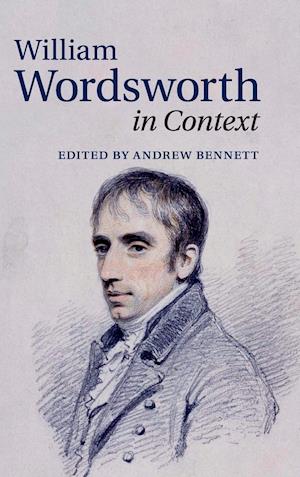 William Wordsworth's poetry responded to the enormous literary, political, cultural, technological and social changes that the poet lived through during his lifetime (1770-1850), and to his own transformation from young radical inspired by the French Revolution to Poet Laureate and supporter of the establishment. The poet of the 'egotistical sublime' who wrote the pioneering autobiographical masterpiece, The Prelude, and whose work is remarkable for its investigation of personal impressions, memories and experiences, is also the poet who is critically engaged with the cultural and political developments of his era. William Wordsworth in Context presents thirty-five concise chapters on contexts crucial for an understanding and appreciation of this leading Romantic poet. It focuses on his life, circle, and composition; on his reception and influence; on the significance of late-eighteenth and early-nineteenth century literary contexts; and on the historical, political, scientific and philosophical issues that helped to shape Wordsworth's poetry and prose.