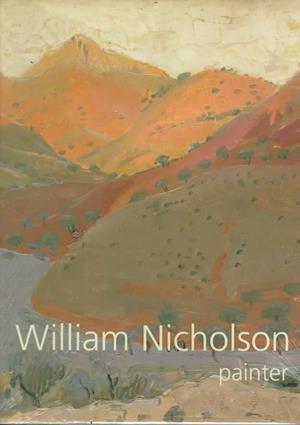 William Nicholson (1872-1949), who is known by many for his early woodcuts and the radical posters of the Beggarstaff Brothers in the 1890s, has become recognized as one of the foremost English artists of his time for the whole range of his work. His haunting downland landscapes. his remarkable still lifes, which capture light and colour in an entirely fresh way, and the varied portraits by which he mainly earned his living, form the core of his output and have become greatly prized. This book, compiled by two grandsons, Andrew and Tim Nicholson, is with its representative selection of his pictures the first to do justice to the extraordinary diversity of William Nicholson's oeuvre. It provides at the same time a documentary account of William Nicholson's life, using contemporary records, articles and reminiscences, and above all quoting extensively from the numerous letters William wrote to his family and friends, many of them to his son Ben Nicholson, and from the letters they wrote to him as well. The majority are from private sources and have never appeared in print before.What emerges in this unique and beautifully illustrated volume is a highly detailed and most appealing portrait of the man and the artist. What he painted, why and for whom; what spurred him on to experiment and artistic adventure; how he fared in times of elation and anguish; how he combined the serious playfulness of his vision with a deep affection for nature; and how he collaborated with some of the leading men of his day, among them Rudyard Kipling, J.M. Barrie, William Orpen, Edwin Lutyens, Robert Graves, his son-in-law, and Winston Churchill -- all this is revealed, and much more. William Nicholson, Painter includes 126 colour plates of his oil paintings and 281 black and white reproductions and photographs.

Forfattere
Bibliotekernes beskrivelse This volume provides a documentary account of William Nicholson's life and work. Using contemporary records, articles and reminiscences, and the numerous letters William wrote to his family and friends, the text looks at what Nicholson painted, why and for whom, and what motivated him artistically. 126 colour illustrations, 281 b&w illustrations