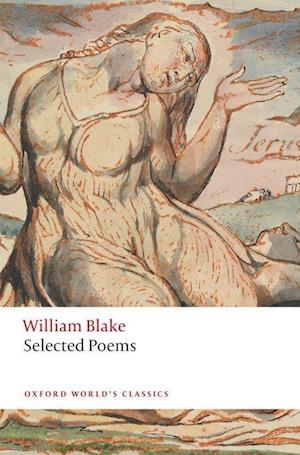 'To see a World in a Grain of Sand'And a Heaven in a Wild FlowerHold Infinity in the palm of your handAnd Eternity in an hour'William Blake wrote some of the most moving and memorable verse in the English language. Deeply committed to visionary and imaginative experience, yet also fiercely engaged with the turbulent politics of his era, he is now recognised as a major contributor to the Romantic Movement. This edition presents Blake's poems in their literary categories and genres to which they belong: his much-loved lyrics, ballads, comic and satirical verse, descriptive and discursive poems, verse epistles, and, finally, his remarkable 'prophetic' poems, including the whole of his two diffuse epics, Milton and Jerusalem. Blake's poetry is intellectually challenging as well as formally inventive, and this edition has a substantial critical introduction which places his ideas in the contemporary context of the Enlightenment and the artistic reaction against its key assumptions.

Forfattere
Bibliotekernes beskrivelse William Blake's strikingly original poetic world of myth and mysticism continues to fascinate. This selection represents the full range of his accomplishments, from his haunting lyrics to his political works.