indgår i serie Poet to Poet: An Essential Choice of Classic Verse S 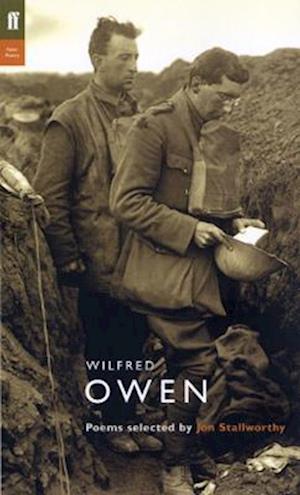 In this series, a contemporary poet selects and introduces a poet of the past. By their choice of poems and by the personal and critical reactions they express in their prefaces, the editors offer insights into their own work as well as providing an accessible and passionate introduction to some of the greatest poets in our literature.Dying at twenty-five, a week before the end of the First World War, Wilfred Owen (1893-1918) has come to represent a generation of young men sacrificed - as it seems to the next generation, one in unprecedented rebellion against its fathers - by guilty old men: generals, politicians, profiteers. Owen has now taken his place in literary history as perhaps the first, certainly the quintessential, war poet.

Forfattere
Bibliotekernes beskrivelse Wilfred Owen is perhaps the most remembered of the First World War poets, writing some of the most powerful denouncements of the horrors and hypocricies of war. Here, Jon Stallworthy selects his favourite poems.