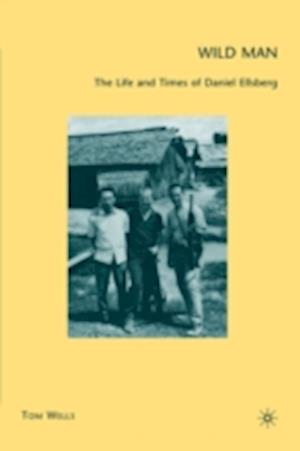 On September 4, 1971, the office of Lewis Fielding, a psychiatrist practicing in Los Angeles, was broken into. It looked like a run of the mill drug raid. A month later, a homeless man was charged with burglary and the case was considered closed. On June 17, 1972, five men were charged with breaking and entering at the headquarters of the Democratic National Committee in the Watergate Hotel in Washington, D.C. With these two burglaries, one seemingly innocuous while the other was more serious because of the venue, the scandal known as Watergate was born. As the tale of Richard Nixon and his Plumbers began to unfold, it was discovered that one of Lewis Fielding's patients was Daniel Ellsberg, the man who released the Pentagon Papers to the New York Times . Ellsberg was high on Nixon's list of enemies and he vowed to destroy him at all costs. In Wild Man , Tom Wells explores the life of Daniel Ellsberg to discover what makes an individual enact the most severe breach of government security ever to occur in the United States. As Wells follows Ellsberg from his early days as a piano prodigy to his years of great promise at Harvard, we see the development of a volatile, narcissistic loner with a voracious sexual appetite, a highly developed intelligence and, most importantly, the overwhelming need to take centre stage in the pageant known as America. In Wild Man , Tom Wells creates an unforgettable picture of Daniel Ellsberg, an American Everyman for the seventies who embodied the promise and paranoia of that uncertain time. This is a thrilling piece of biography that will stand as one of the great American portraits.