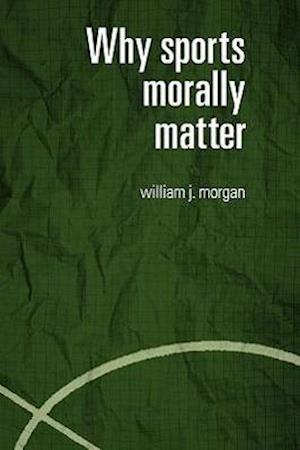 When we accept that advertisers and sponsors dictate athletic schedules, that success in sport is measured by revenue, that athletes' loyalties lie with their commercial agents instead of teams and that game rules exist to be tested and broken in the pursuit of a win, what does our regard for sport say about the moral and political well-being of our society?Why Sports Morally Matter is a deeply critical examination of pressing ethical issues in sports - and in society as a whole. Exploring the broad historical context of modern America, William J. Morgan argues that the current state of sports is a powerful indictment of our wealth-driven society and hyper-individualistic way of life. Taking on critics from all sides of the political debate, Morgan makes the case that, despite the negating effect of free market values, sport still possesses important features that encourage social, moral and political values crucial to the flourishing of a democratic polity. It is this potential to transform society and the individual that makes sport a key battleground in the struggle for the moral soul of twenty-first century America.