Why Spencer Perceval Had to Die

- The Assassination of a British Prime Minister 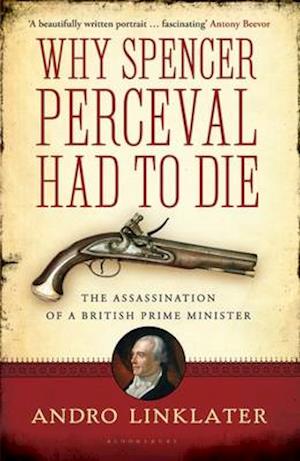 On 11 May 1812 Spencer Perceval, the British Prime Minister, was fatally shot at close range in the lobby of the House of Commons. In the confused aftermath, his assailant, John Bellingham, made no effort to escape. A week later, before his motives could be examined, he was tried and hanged.Here, for the first time, the historian Andro Linklater looks past the conventional image of Bellingham as a 'deranged businessman' and portrays him as an individual, driven by personal anxieties and by the raw emotions that convulsed his home town of Liverpool. But as the evidence accumulates, a wider, darker picture emerges - John Bellignham was not alone in hating the prime minister.Two hundred years later, Andro Linklater examines the ecidence and brilliantly deconstructs the assassination of Spencer Perceval - the only British Prime Minister ever to have suffered that fate - to offer a fresh perspective on Britain and the Western world at a critical moment in history.

Forfattere
Bibliotekernes beskrivelse On the two hundredth anniversary of the assassination of Spencer Perceval - the only British Prime Minister ever to have suffered that fate - this is the riveting untold story of the murder, the murderer and the repercussions of his act