Why Jesus Loves Us 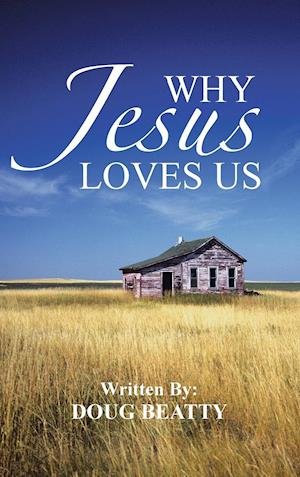 This is a story about two different lives, and how God brought them together. Their lives were as different as night and day. One lived a righteous life, and the other lived a border life. Our first life is the life of Grace. For a long time Grace grew up on a cotton farm, in the State of Texas. Then one day a hard sand storm came, and they lost everything they had. Her father sold the farm and moved to a little town just outside of Waco. Grace lived a righteous life; her father would read the bible to her and her brothers. Sunday's they would go to Church. At nights after supper, Grace, her father and mother would gather around the piano and sing songs from the Church Hymnal. This went on even after Grace was married. Our second life is the life of John. John's life was doomed from birth. Just as Grace, John lived on a farm. John was born and raised in West-by-god-Virginia. John's parents had separated by the time he was two. His oldest brother was killed by a mule at the young age of sixteen. After his mother sold the farm they moved to Charleston, WV. John stayed there until the 10th grade. He dropped out of school and joined the Navy. After two years in the Navy, John went back to finish High School. After High School, he joined the Air Force. John was not brought up in a Christian home. When he was younger he was forced to go to Church and Sunday school with his strict mother. Therefore John did not like Church, after High School John never went again. Here we have two people, so far apart, in so many ways, and how God brought them together to fulfill his plans, and his love for them.