Why It's OK to Be a Slacker

indgår i serie Why Its Ok 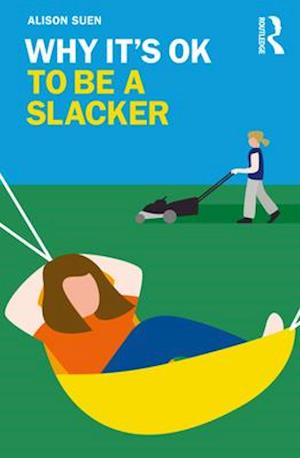 "Stop slacking off!"Your parents may have said this to you when you were deep into a video-gaming marathon. Or maybe your roommate said it to you when you were lounging on the couch scrolling through Instagram. You may have even said it to yourself on days you did nothing. But what is so bad about slacking? Could it be that there's nothing bad about not making yourself useful?Against our hyper-productivity culture, Alison Suen critically interrogates our disapproval of slackers-individuals who do the bare minimum just to get by. She offers a taxonomy of slackers, analyzes common objections to slacking, and argues that each of these objections either fails or carries problematic assumptions. But while this book defends slacking, it does not promote the slacker lifestyle as the key to something better (such as cultural advancement and self-actualization), as some pro-leisure scholars have argued. In fact, Suen argues that slacking is unique precisely because it serves no noble cause. Slacking is neither a deliberate protest to social ills nor is it a path to autonomy. Slackers just slack. By examining the culture of hyper-productivity, Suen argues that it is in fact OK to be a slacker. Key FeaturesDemonstrates the uniqueness of slacking, via a critical examination of six distinct "pro-leisure" philosophical accounts.Articulates a taxonomy of slackers, as well as in-depth examinations of Hollywood slackers and slackers in academia. Examines common objections to slacking (like the freeloading problem), and offers a rebuttal to each of them. Offers an understanding of our productivity culture from an existential perspective.