Why Islam Makes You Stupid . . . But Also Means You'll Conquer The World 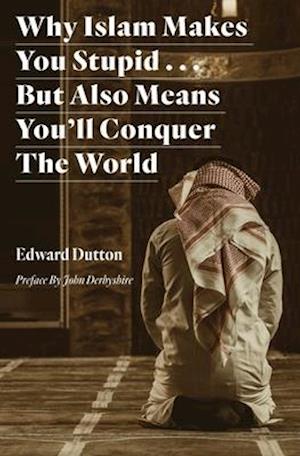 A “brain gap” separates Islam and the West. The populations of the Muslim world have markedly lower IQ and produce fewer intellectual and cultural achievements. Muslim communities within Western nations suffer from the same problems. In this startling book, Edward Dutton demonstrates that this phenomenon is not just a matter of race, global conflict, or political systems. It derives from Islam itself.

But Islam has its advantages, too. Dutton argues that the exact Islamic practices that reduce intelligence also increase ethnocentrism—cooperation with the in-group and violent repulsion of the out-group. And it is the more ethnocentric groups that triumph in the grand struggle that is Darwinian selection. In other words, the ethnocentric shall conquer the Earth. For this reason, Dutton predicts that Islam will come to dominate the West precisely because it reduces intelligence.

This raises disturbing questions. Are there terminal disadvantages to fostering cultures of higher intelligence and greater individualism? Should the West think of Islam as our greatest antagonist or as our last hope? Might we in the West need to adopt something like Islam, and become a bit less thoughtful, if we want to survive?