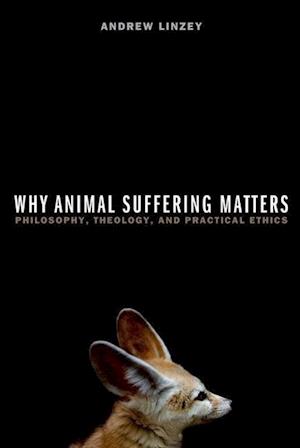 How we treat animals arouses strong emotions. Many people are repulsed by photographs of cruelty to animals and respond passionately to how we make animals suffer for food, commerce, and sport. But is this, as some argue, a purely emotional issue? Are there really no rational grounds for opposing our current treatment of animals?In Why Animal Suffering Matters, Andrew Linzey argues that when analyzed impartially the rational case for extending moral solicitude to all sentient beings is much stronger than many suppose. Indeed, Linzey shows that many of the justifications for inflicting animal suffering in fact provide grounds for protecting them. Because animals, the argument goes, lack reason or souls or language, harming them is not an offense. Linzey suggests that just the opposite is true, that theinability of animals to give or withhold consent, their inability to represent their interests, their moral innocence, and their relative defenselessness all compel us not to harm them.Andrew Linzey further shows that the arguments in favor of three controversial practices-hunting with dogs, fur farming, and commercial sealing-cannot withstand rational critique. He considers the economic, legal, and political issues surrounding each of these practices, appealing not to our emotions but to our reason, and shows that they are rationally unsupportable and morally repugnant.In this superbly argued and deeply engaging book, Linzey pioneers a new theory about why animal suffering matters, maintaining that sentient animals, like infants and young children, should be accorded a special moral status.