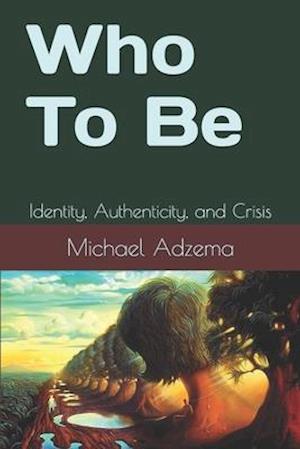 What does one do in a postmodern, complex, multicultural world in which the options are so numerous and enticing as to paralyze one's actions? How does one live a good life, a fulfilling life? What actions, commitments, careers, causes, service are most likely to return happiness?These are questions we all need to address in our youth, yet throughout our lives as well. They come out again specifically during mid-life, and particularly in the mid-life crisis.One can have access to the entire Universe; but while in Form, one not just *should* but has actually come here to do some aspect or part of that, only. One has one's dharma, one's duty arisen out of who one is, and not anyone else's. This is called one's *atmadharma*.It is good, in fact imperative, to open oneself to all kinds of potentials. But if one does not express it, does not bring it out, positively, creatively - and in a fulfilling and socially satisfying way... like a tree does in taking the nutrients it pulls out of the soil to manifest in leaves and blossoms and limbs - one is like a drowned plant, underwater in a swamp ... unfulfilled, depressed, unhappy.At best, one is in an oar-less rowboat, directionless and drifting, in the middle of an infinite sea.This peek into immersion in the Cosmic Soup is instructive. It says something about the spiritual process, the primal process, and the Identity processes of life ... especially in the places where they all overlap.