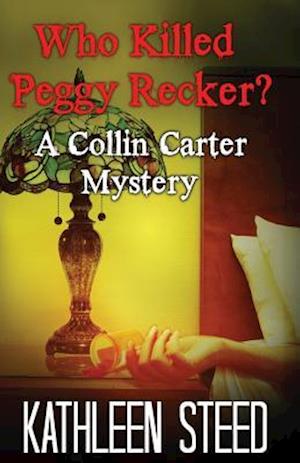 Peggy Recker, a famous romance writer, drops into Private Detective Collin Carter's office with an unusual request. She wants to hire him to investigate her death. He agrees thinking he'll never hear from her again. Poor Peggy is found dead from an apparent accidental overdose of sleeping medicine combined with too much wine. Is that what really happened? Collin promised her he would figure it out. The motives for murder are everywhere. The FBI and CIA are involved. Collin winds his way through twists and turns to unravel the truth about who killed Peggy Recker.