Who Did It First? 50 Politicians, Activists, and Entrepreneurs Who Revolutionized the World

indgår i serie Who Did It First 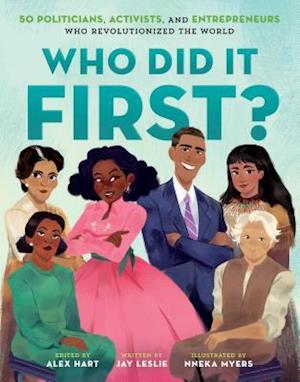 A vibrantly illustrated and compelling collection of profiles about women and men who revolutionized politics, policy, commerce and activism.

Who Did It First? 50 Politicians, Activists, and Entrepreneurs Who Revolutionized the World brings together all of these trailblazers into one stunning package. With both well-known figures and lesser-known heroes, this book is a celebration of the inspiring innovators who braved uncharted waters to pave the path for future generations.

Perfect for fans of Little Leaders, Women in Science, and Rad Women Worldwide, Who Did It First? makes a wonderful gift for any occasion and is a must-have for every young reader's library.