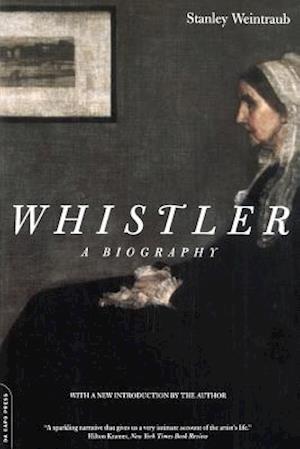 He was the most notorious and misunderstood American artist of his time, and also the most influential. To this day James Abbott McNeill Whistler (1834-1903) is one of the most recognized names in painting because of his celebrated (and endlessly satirized) Whistler's Mother, one of the treasures of the Louvre. He was, to say the least, a character. Born in Massachusetts, he claimed to be a Southerner and wound up living most of his life abroad--in Russia, France, and England (though he could not tolerate more than brief periods in France and thoroughly disliked the English). Whistler's sense of belligerent alienation erupted in ways that were endlessly fascinating to both Europeans and Americans: his insatiable urge to take his grievances to court (including literary and artistic grievances); his feuds and vendettas with such worthies as Ruskin, Wilde, and Beardsley; his acid wit and libelous invective; his ability to set fashions in art, dress, even lifestyle; his love affairs and relentless social climbing--his was a flamboyant life, told here "with clarity, judgment, and liveliness" (Leon Edel).