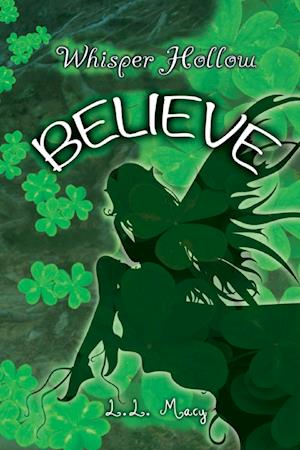 Whisper Hollow: BELIEVE take us on a journey of miraculous revelation. Before there were fables or any stories of old, there was the adventure from which all adventures come. One book was created and left unwritten. Believed to possess greater powers than words alone it was passed down through the ages, inspiring yet twelve more. All were stored in a wooden box dubbed the 'Trunk of Life'...guarded by good, desired by evil. All people and faeries alike believed in the power of those books and the need to preserve them for the future so that they would inspire others.In the beginning just one man stood against seven strikes of evil for just that reason, because he believed...believed that anything was possible between the covers of a book. But when the books are stolen in later years, he and others who now believe will follow the path of destiny, being tested to the end. Will true magic live on?Whisper Hollow: BELIEVE provides the reader an unforgettable experience, driven by fantasy, magic, adventure, perseverance, and the power of belief.