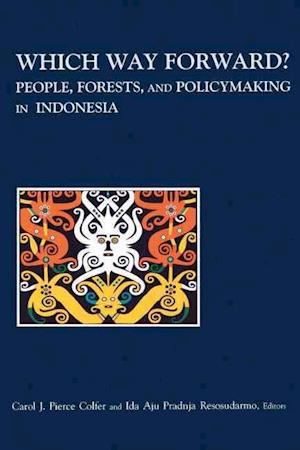 Indonesia contains some of Asia's most biodiverse and threatened forests. The challenges result from both long-term management problems and the political, social, and economic turmoil of the past few years. The contributors to Which Way Forward? explore recent events in Indonesia, while focusing on what can be done differently to counter the destruction of forests due to asset-stripping, corruption, and the absence of government authority. Contributors to the book include anthropologists, economists, foresters, geographers, human ecologists, and policy analysts. Their concerns include the effects of government policies on people living in forests, the impact of the economic crisis on small farmers, links between corporate debt and the forest sector, and the fires of the late 1990s. By analyzing the nation's dramatic circumstances, they hope to demonstrate how Indonesia as well as other developing countries might handle their challenges to protect biodiversity and other resources, meet human needs, and deal with political change. The book includes an afterword by Emil Salim, former Indonesian Minister of State for Population and the Environment and former president of the Governing Council of the United Nations Environment Programme. A copublication of Resources for the Future and the Center for International Forestry Research (CIFOR) and the Institute for Southeast Asian Studies (ISEAS).