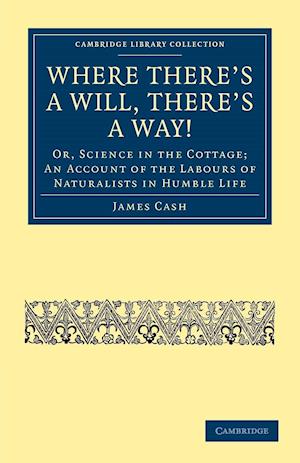 During the eighteenth and nineteenth centuries many scientists, naturalists, engineers and inventors from humble backgrounds, largely self-taught, made significant contributions to British science. This 1873 book by James Cash (1839-1909) celebrates their achievements in natural history, while promoting a 'self-help' ideology, stressing how disadvantages could be overcome by those with ability and determination. Many of his subjects corresponded with great names such as William Jackson Hooker, and sent specimens or local information which helped build up the larger picture. Cash gives particular attention to men from the north of England, where many men engaged in the cloth trade were also notable plant collectors. His subjects include George Caley, a weaver self-taught in Latin and French, and whom Sir Joseph Banks employed to go to New South Wales as a collector; Edward Hobson, a factory worker; and John Horsefield, a self-taught weaver who memorised the Linnaean orders at his loom.