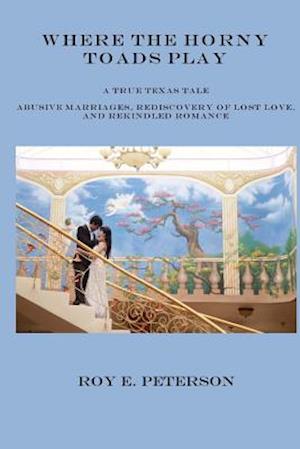 "Where the Horny Toads Play" is a true story of Mandy reconnecting fifty years after a cancelled date and aborted kiss to her old flame, Rex, on social media. Conflict abounds. She is was married and chained to an abusive, unwanted, narcissistic husband she had planned to divorce ten years earlier just before his diagnosis with kidney failure, but cared for in a ten year death spiral well past his projected expiration date. Life is not fair. Mandy's travails of abuse and neglect continued. Why stick with such a man for ten late years of her life, possibly her last, while yearning to be free of him? Mandy and Rex successively disclose and receive bits of information about each other in a string of emails and plan for a future together with the final demise of her husband. Does Mandy have the right to look forward to a brighter though truncated future with love in the twilight of life? Everyone loves to read other's emails. Juicy ones are best-like the ones in this book. The emails included are real, just adjusted for the names of the sender-lovers. Family foibles and failures are revealed. Is Mandy brilliantly planning for the final demise of her husband with her professed ardor for Rex? Is Rex just a safety net when her husband departs? Does her rediscovered email paramour have the same feelings for her and just as intense? Is Mandy that great a humanitarian to keep an unwanted person in her home-in separate bedrooms-with her husband, in name only, occupying the master bedroom, while she is crammed into the second bedroom? Since she suffered physical and mental abuse with her first two husbands, is she satisfied living in a mentally and emotionally abusive state until the death of her husband? How do senior citizens find love again amidst the ruins of their former lives? The potential platform is immense as shown by The Notebook and On Golden Pond. The back story set in West Texas is both amusing and a strong platform. Mandy and Rex are pseudonyms for real life characters.