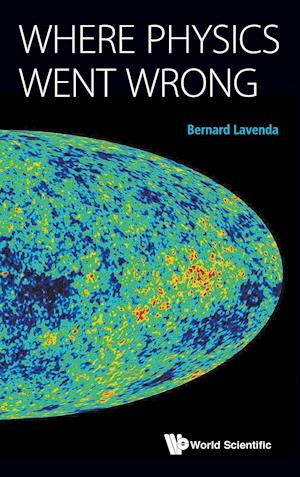 The book points out what has gone wrong with physics since Einstein's formulation of this theory of general relativity a century ago. It points out inconsistencies and fallacies in the standard model of the big bang and the inflationary scenario which was supposed to have overcome those shortcomings, the evolution of string theory from a theory of the strong interaction to a theory of gravitation and quantum mechanics which has not produced a single verifiable prediction, and what it has accomplished is reaffirming wrong results like the entropy of a black hole, which is not an entropy at all. There have even been attempts to demote gravity to an emergent phenomenon with catastrophic effects. We know exactly what happened at 10-34 seconds after the big bang, but do not know how fast gravity propagates, whether gravitational waves exist, and what are the limits of Newton's law. Attempts to rectify this are the prediction of dark energy/matter, which has never been observed nor ever will, and MOND. The latter is really not a modification of Newtonian mechanics, but a transformation of a dynamical law into a statistical one.

Forfattere
Bibliotekernes beskrivelse The book points out what has gone wrong with physics since Einstein's formulation of this theory of general relativity a century ago.