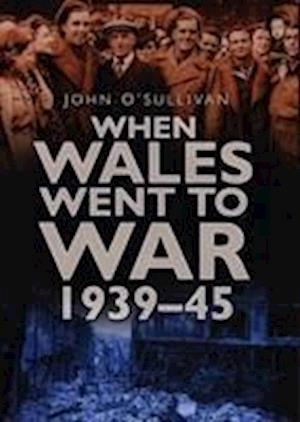 Beginning with a vivid account of the blitz in Wales, and ending with more than fifty personal stories from Welsh people who were touched by the war both at home and abroad, John O'Sullivan's book is a portrait of the principality between 1939 and 1945. He has collected the accounts of those in action overseas and on the Home Front during more than forty years as a journalist in South Wales.This book brings together many remarkable wartime accounts of Welsh men and women, including the stories of Arthur Felix Williams from Barry who led a guerrilla army in Burma; the Catholic priest from Newport who helped run the Vatican escape line and the football, rugby and cricket heroes of the Cardiff-based Sportsmen's Battalion who spend three years in Japanese prisoner-of-war camps.Also featured here are a wealth of historic images conveying the massive impact the Second World War had on both the landscape of Wales and its people. John O'Sullivan's fascinating picture of life in Wales during the war years will be essential reading for all those who lived through the conflict, and a valuable historical resource for those who want to find out what happened When Wales Went to War.