When the Wolfbane Blooms 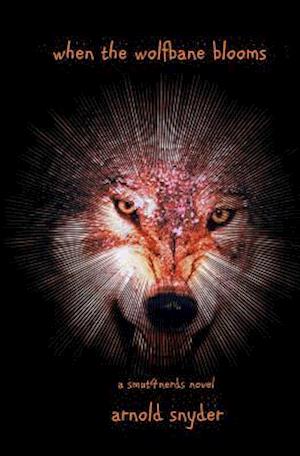 To Dustin Cathcart, werewolves weren't just another Hollywood fiction. Werewolves were his business. As founder and CEO of Lupine Solutions, LLC, he had access to a database of more than 1300 werewolves nationwide, available to him for any and all werewolf needs. He could provide bona fide werewolf services to individuals, small businesses, and major corporations. Using the formulas developed by internationally-acclaimed lupinologist Dr. Dolphus Vanschtubenbergh, Dustin could now transform any man, woman, or child into a werewolf, without so much as a full moon. The only problem-he couldn't think of a damn thing anyone could possibly use a werewolf for. They were clumsy, rude, antisocial, and they smelled bad. They wouldn't obey orders, they sometimes ate people's pets, and on occasion developed a taste for human flesh. But Dustin wasn't going to let those impediments to his dream get in the way of business, especially not after he joined forces with Bridget Baskervilles, who was not only a con artist extraordinaire, but the sexiest babe in Strait City. When the Wolfbane Blooms is the story of a nice midwestern boy who teams up with a nice midwestern girl to foster his lifelong dream of a world populated by nice midwestern werewolves.