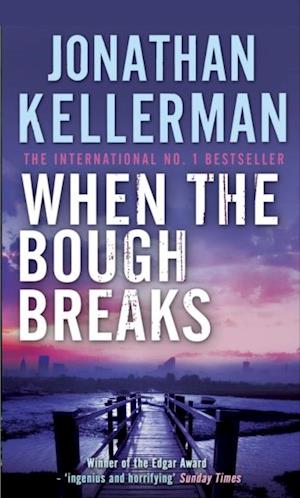 Not all that glitters is gold... When the Bough Breaks is the outstandingly original first novel in Jonathan Kellerman's bestselling Alex Delaware series. From the New York Times No. 1 author, this gripping thriller is perfect for fans of Patricia Cornwell and Michael Connelly.'An engrossing thriller... This knockout of an entertainment is the kind of book which establishes a career in one stroke' - Newsday Seven-year-old Melody Quinn is the only witness of a horrific double murder but she can't or won't talk about what she saw. Child psychologist Alex Delaware is brought in to try and get through to her and to the truth of what happened that night. But it soon becomes clear that Melody isn't just traumatised by the murders.Alex is only too aware that LA is a city which spawns ugliness. But is he prepared for the seemingly bottomless pit of perversion and violence that he's about to uncover? What readers are saying about When the Bough Breaks: 'A well written book, and the plot is thrilling and sickening in equal measure''The plot is intricate, interesting and well put together''Came up to all expectations. A very good read and [excellent] characterisation'