When the Bombs were Silent 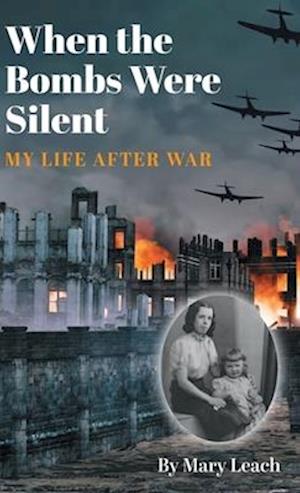 We did not hear the sound of the approaching rocket but from the explosion that shook the whole house, we knew it had landed close by. Then there was the sound of something falling or crumbling, which turned out to be our tall chimney and a large part of the roof collapsing. Early the next morning, when the all clear sounded and we were able to go outside, no one was prepared for what awaited us.

On September 3, 1939, two-and-a-half-year-old Mary was enjoying a day trip with her parents by the sea in Southport, when a booming voice over a loudspeaker announced that war had been declared between England and Germany, and life changed for everyone in that moment. With all military personnel ordered to report to a nearby enlistment centre, Mary's father was not returning home with them, although the little girl did not understand why, nor could she know what the next five years were going to bring.

In When the Bombs Were Silent: My Life After War, life in England during World War II is depicted through the eyes of a young child, with information gathered from diaries and newspaper clippings, as well as emotional descriptions from family and friends.

This candid memoir also chronicles the author's post-war life, marrying as a teenager and crossing the ocean to begin a new life in Canada, as well as her career, family, friends, travels, and more along the way.