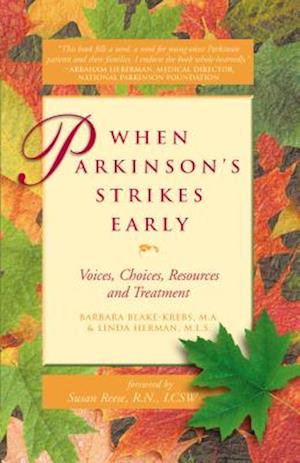 Parkinson's disease is often associated with the elderly, but half a million sufferers are in their early fifties or younger. This disorder carries both a physical and social stigma, with neurological degeneration made worse by the refusal of many to seek help. When Parkinson's Strikes Early grew out of an Internet discussion group in 1996, and was further inspired by actor Michael J. Fox's revelation that he has Parkinson's disease. This book covers symptoms, side effects of medication, support networks, and surgery options, and explores the physical, emotional, and social struggles that face young people with Parkinson's. Resources, advocacy ideas, and an index are also included.