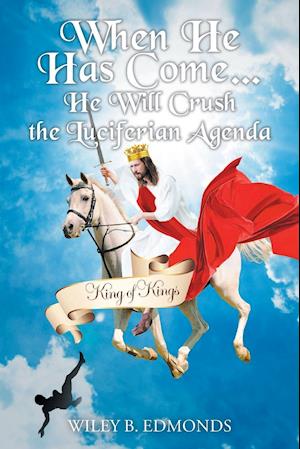 After spending over half a century as pastor, evangelist, teacher, and businessman, the author has agonized over the lack of understanding by the average Christian on the "Big Story" behind their faith. He found Christians to be, for the most part, unaware of the ongoing battle in the spiritual dimension just beyond human sight. The forces of the armies of the Eternal God, led by the Holy Spirit, and the armies of the Satan, whose name is Lucifer, have relentlessly been fighting since man was only a concept in the mind of Eternal God.

Eternal life for the human and his inheritance is at the core of that battle. Man's right to ascertain that inheritance and Lucifer's battle to stop it is the "Big Story" of the biblical narrative. The Holy Spirit, God's prima director of that war, invests His power in you to personally defeat Lucifer's hidden agenda. Embodied in the final words of Jesus at His ascension back to heaven is the promise of a personal empowering of the Holy Spirit, henceforth, to be made available to every believer as he bursts onto the scene at Pentecost.

When He Has Come is the backstory of that relentless battle for eternal life.