When God Was a Rabbit 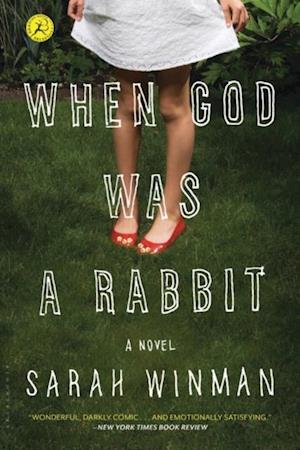 This is a book about a brother and a sister. It's a book about secrets and starting over, friendship and family, triumph and tragedy, and everything in between. More than anything, it's a book about love in all its forms.In a remarkably honest and confident voice, Sarah Winman has written the story of a memorable young heroine, Elly, and her loss of innocence-a magical portrait of growing up and the pull and power of family ties. From Essex and Cornwall to the streets of New York, from 1968 to the events of 9/11, When God Was a Rabbit follows the evolving bond of love and secrets between Elly and her brother Joe, and her increasing concern for an unusual best friend, Jenny Penny, who has secrets of her own. With its wit and humor, engaging characters whose eccentricities are adroitly and sometimes darkly drawn, and its themes of memory and identity, When God Was a Rabbit is a love letter to true friendship and fraternal love.Funny, utterly compelling, fully of sparkle, and poignant, too, When God Was a Rabbit heralds the start of a remarkable new literary career.