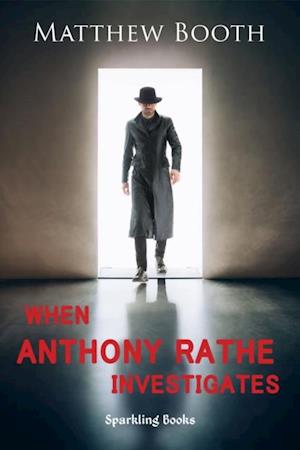 Prosecuting criminal cases, barrister Anthony Rathe convinced a jury to imprison an innocent man, who subsequently took his own life. Horrified at his mistake, Rathe abandons his glittering legal career, vowing to truly serve justice. A series of cases come his way.These four stories, linked by how Rathe is racked with guilt over the suicide, explore crime from a different angle: determination to find the truth, no matter how inconvenient to the investigating officer, Inspector Cook. The reader is invited to join Rathe in solving these complex mysteries.The first story, Burial for the Dead, exposes sordid family history that led to a murder in a church. In A Question of Proof, Inspector Cook needs Rathe to unravel an underworld murder; in Ties that Bind Rathe solves a crime of passion; and in The Quick and the Dead, modern slavery intrudes into his own personal life.Reviews>'This had a perfect balance of deduction and soul searching to make the main character compelling. The mysteries were well written with refreshing style.'Bridgit Davis, South Africa'Short form crime fiction is difficult. The author cannot rely on red herrings, a host of possible suspects, or deeply technical sleuthing. The scene, character and plot must come immediately. The four novellas of this book are masterpieces of their kind.'Meet Anthony Rathe, a barrister who abruptly retired from practice when a brilliant prosecution resulted in an innocent man's conviction and subsequent suicide. He is now a shade of his former self, haunting the cemetery staring at gravestones meditating on justice. Until, that is, he is forced to consider four different murders, one for each novella.'Rathe is a handsome, wealthy, cultured, yet empathetic man who listens to his intuition. Each story is different and enjoyable, if a bit reminiscent of Sherlock Holmes written by Martin Gatiss.' Anonymous, USA