What's Fate Got to Do with It? 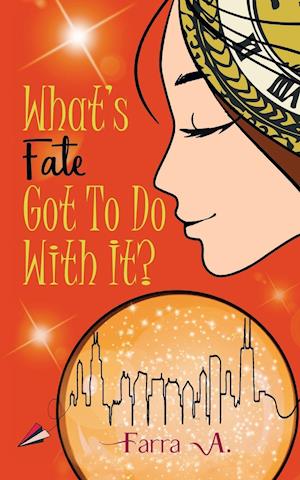 Lia Faris, a highly-ambitious architect with a penchant for winning didn't believe in magic. So when a psychic who looked eerily similar to a famed, fictional wizard prophesized that her life would magically transform in forty days, she had her reservations. All she was told is it'd happen in one of three cities, but not exactly where and how.

But destiny had a special way of intervening and soon, she went on a journey to all three countries - with unexpected results. Throw in a surprise proposal and the arrival of an old flame and she was left more confused than ever. As the psychic's revelations slowly started coming true, Lia began to wonder if life was predestined or was her world being re-written?

The line between destiny and magic started to blur and Lia began to second-guess everything she knew. As forty days drew nearer, she started to feel hope for a new future.

Was this all thanks to the charms of a psychic or did fate rubbed its' magic dust on her? For the first time in a long time, she started to believe there's perhaps magic in living after all.