Whatever Happened to Antisemitism?

- The Redefinition of a Persistent Hatred 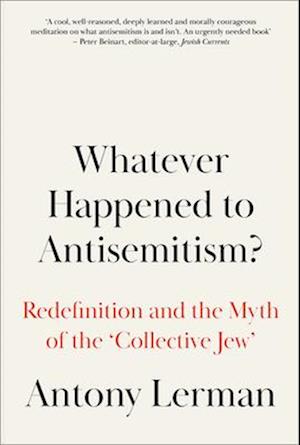 What is antisemitism? One of the most controversial topics of our time, academics, journalists and activists remain divided on its meaning. But as Antony Lerman explains in this rigorous interrogation of the 'new antisemitism', the word has been actively - and problematically - redefined in the twenty-first century, with profound consequences. In Whatever Happened to Antisemitism? Lerman brings to bear his unparalleled experience from 35 years studying the phenomenon in order to argue that its redefinition can only be understood in the geopolitical context of the past 30 years. Originating from within pro-Israel advocacy groups, Zionist organizations and the Israeli government, the redefinition of antisemitism has more recently been adopted by the European Union, the International Holocaust Remembrance Association and a growing number of Western governments. Addressing the policy implications for combating antisemitism, and exposing the urgent need for fundamental changes, Whatever Happened to Antisemitism? offers the reader a uniquely clear-sighted approach to an enduringly controversial issue.

Forfattere
Bibliotekernes beskrivelse A rigorous and clear-sighted exploration of antisemitism, and the consequences of its politically-motivated redefinition