What We Say, Who We Are 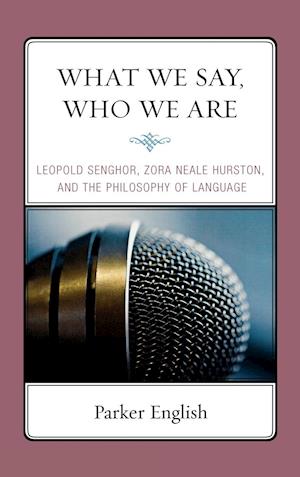 In What We Say, Who We Are: Leopold Senghor, Zora Neale Hurston, and the Philosophy of Language, Parker English explores the commonality between Leopold Senghor's concept of "negritude" and Zora Neale Hurston's view of "Negro expression." For English, these two concepts emphasize that a person's view of herself is above all dictated by the way in which she talks about herself. Focusing on what he identifies as "performism," English discusses the presentational/representational and externalistic/internalistic facets of "performism" as they relate to the ideas of Senghor and Hurston. English ends his work by closely examining Hurston's Their Eyes Were Watching God in light of his discussion of "performism," and draws new, intriguing conclusions about the extent to which Hurston's main character exemplifies W.E.B. DuBois's concept of double-consciousness. What We Say, Who We Are will certainly pique the interest of scholars interested in Africana studies, African-American literature, and the philosophy of language.