What Was the Holocaust?

indgår i serie What Was 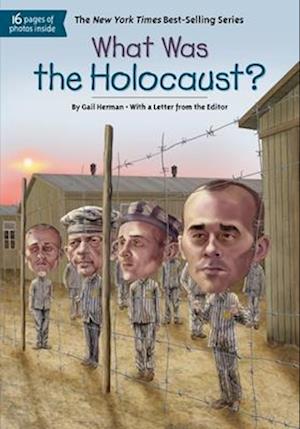 A thoughtful and age-appropriate introduction to an unimaginable event--the Holocaust. The Holocaust was a genocide on a scale never before seen, with as many as twelve million people killed in Nazi death camps--six million of them Jews. Gail Herman traces the rise of Hitler and the Nazis, whose rabid anti-Semitism led first to humiliating anti-Jewish laws, then to ghettos all over Eastern Europe, and ultimately to the Final Solution. She presents just enough information for an elementary-school audience in a readable, well-researched book that covers one of the most horrible times in history. This entry in the New York Times best-selling series contains eighty carefully chosen illustrations and sixteen pages of black and white photographs suitable for young readers. From the Trade Paperback edition.

Forfattere
Bibliotekernes beskrivelse In this thoughtful and age-appropriate introduction to the Holocaust, Herman presents just enough information for an elementary-school audience in a well-researched book that covers one of the most horrible times in history. Contains 80 carefully chosen illustrations and 16 pages of black-and-white photos suitable for young readers.