What Should Armies Do? 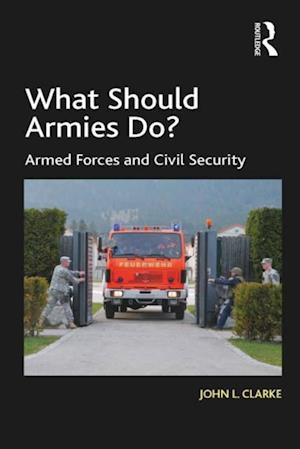 Clarke examines the role of North American and European armed forces in support of civil authorities in domestic contingencies. He seeks to answer the question of what roles are - and are not - appropriate for contemporary armed forces in carrying out task and functions within national borders. The book takes as its starting point, two key elements in the North American and European security debate: the decline of both the external threats to most North American and European states and that of budgetary resources available for defense. These twin declines are coupled with a desire on the part of civil leaders to engage the military in more domestic tasks and the desire of senior military leaders to preserve force structure, resulting in a dynamic in which civil leaders will ask their militaries to do more, and military leaders will be more inclined to say yes. As such, this book focuses on the enormous increase in the provision of non-military services and support asked of North American and European military establishments. Looking at the historical context for how North America's and Europe's armed forces have been employed in the past, this book establishes guidelines for their employment in the future.