indgår i serie Sage Series on Race and Ethnic Relations 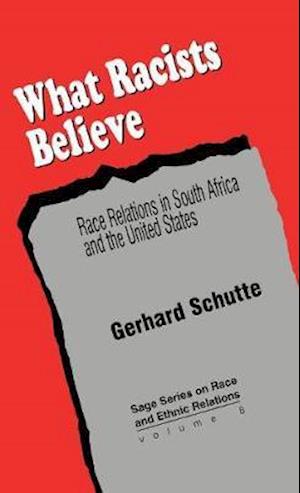 Despite its legal abolition, racial inequality persists in many democratic societies. Entering a new era of democracy, South Africa is endeavouring to dismantle its legally structured system of inequality. In practice, however, the structures of consciousness which gave rise to and nurtured a system of white privilege and predominance are tenacious and enduring.In What Racists Believe, Gerhard Schutte examines evidence which illustrates how the consciousness of whites in South Africa has been reproduced and maintained, revealing a range of social constructions and typifications of blacks. He concludes with a chapter comparing contemporary racial attitudes in South Africa and the United States.