What Men Want to Say to Women (But Can't) 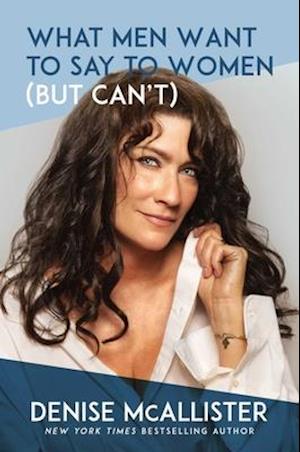 What Men Want to Say to Women (But Can't) is a wakeup call for women to understand and appreciate the men in their lives, value masculinity instead of degrading it, and heal relationships damaged by toxic feminism. Men are tired of being dumped on. They have a lot to say to women about sex, equality in the workplace, raising boys, and the lie of "toxic masculinity," but modern feminism and a politically correct culture have silenced them. This "war on men" has disrupted relationships and caused men to question their place in American society. "Misogyny," "male privilege," and "the Patriarchy" are buzzwords that shut men down. Some are so frustrated they've given up entirely--"Who needs women if all they're going to do is use you and treat you like garbage?" Anger, separation, and simply giving up are not the directions in which we need to go. Healing relationships and learning to respect the designed purposes of masculinity and femininity are the only answers. For that to happen women need to hear some hard truths. In What Men Want to Say to Women (But Can't), cultural commentator and New York Times bestselling author Denise McAllister speaks to women on men's behalf--exposing the lies of modern feminism and offering insights on how to rebuild broken relationships in the workplace, at home, and in the bedroom. Here's a sneak peek at few things men would like to say to women, but can't:

"When I look at your cleavage, it doesn't mean I want to rape you." "Stop complaining about equal pay when you don't do equal work." "Children need their father--stop shutting men out of the picture because you think you do everything better." "I will teach my son to compete--now go toss that participation trophy in the trash "

McAllister unpacks what's really going on behind these sentiments and helps women discover and appreciate the wonder of masculinity.