What Language Do I Dream In? 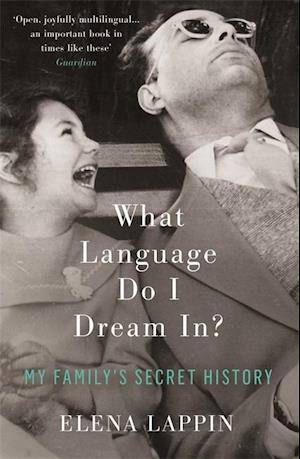 Elena Lappin's life could be described as 'five languages in search of an author'. She now lives in London, but she was born in Russia and has lived in Czechoslovakia, Germany, Israel, Canada, and the United States. As a multiple émigré, her decision to write in English was the unexpected result of many wanderings, and this memoir tells the story of finding a voice in a language that is not one's own. Russian, Czech, German, Hebrew, and finally English: how do they, and the family roots and cultures they represent define who she is, and how has adopting English allowed her to be a writer?

The story of Lappin's identity is unexpectedly complicated by the discovery, in middle age, that her biological father was an American living in Russia. Their encounter introduces an element of mystery to the search for her roots, and a surprise: suddenly, English is more than the accidental 'home in exile' - it is the language she may have been close to from the very beginning.