What Katy Did at School 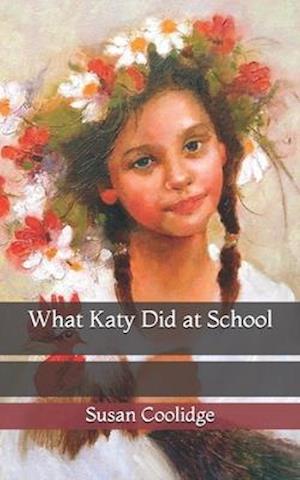 When summer lingers on into October, it often seems as if winter, anxious to catch a glimpse of her, hurries a little; and so people are cheated out of their autumn. It was so that year. Almost as soon as it ceased to be hot it began to be cold. The leaves, instead of drifting away in soft, dying colors, like sunset clouds, turned yellow all at once; and were whirled off the trees in a single gusty night, leaving every thing bare and desolate. Thanksgiving came; and before the smell of the turkey was fairly out of the house, it was time to hang up stockings and dress the Christmas tree. They had a tree that year in honor of Katy's being downstairs. Cecy, who had gone away to boarding-school, came home; and it was all delightful, except that the days flew too fast. Clover said it seemed to her very queer that there was so much less time than usual in the world. She couldn't imagine what had become of it: there used to be plenty. And she was certain that Dorry must have been tinkering all the clocks,-they struck so often.It was just after New Year that Dr. Carr walked in one day with a letter in his hand, and remarked: "Mr. and Mrs. Page are coming to stay with us.""Mr. and Mrs. Page," repeated Katy; "who are they, papa? Did I ever see them?""Once, when you were four years old, and Elsie a baby. Of chouse you don't remember it."