What I Saw at the Revolution

- A Political Life in the Reagan Era 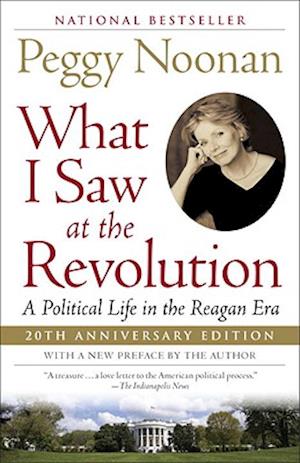 On the hundredth anniversary of Ronald Reagan's birth comes the twentieth-anniversary edition of Peggy Noonan's critically acclaimed bestseller What I Saw at the Revolution, for which she provides a new Preface that demonstrates this book's timeless relevance. As a special assistant to the president, Noonan worked with Ronald Reagan--and with Vice President George H. W. Bush--on some of their most memorable speeches. Noonan shows us the world behind the words, and her sharp, vivid portraits of President Reagan and a host of Washington's movers and shakers are rendered in inimitable, witty prose. Her priceless account of what it was like to be a speechwriter among bureaucrats, and a woman in the last bastion of male power, makes this a Washington memoir that breaks the mold--as spirited, sensitive, and thoughtful as Peggy Noonan herself.