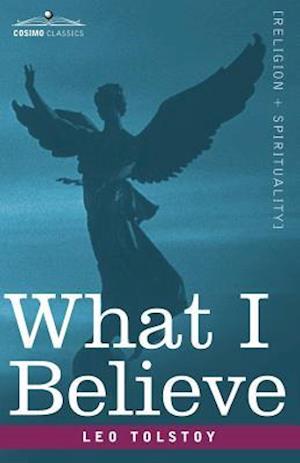 Originally published in 1885, What I Believe is part of series of books by novelist Leo Tolstoy that outline his personal interpretation of Christian theology. After a midlife crisis at age 50, he began to believe in the moral teachings of Christianity, while rejecting mysticism and organized religion. He believed that pacifism and poverty were the paths to enlightenment. His precepts of nonviolence even influenced Mohandas Gandhi. Students of religion, political science, and literature alike will gain new understanding from the ideas presented in this book. Students of literature will get to understand more deeply one of the greatest novelist in history, while those interested in religion and politics can see how Tolstoy's philosophy came to influence the world at large. Russian writer COUNT LEV ("LEO") NIKOLAYEVICH TOLSTOY (1828-1910) is best known for his novels War and Peace (1869) and Anna Karenina (1877).