What Fresh Lunacy is This?

- The Authorized Biography of Oliver Reed 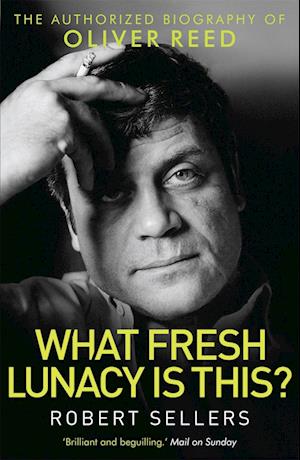 Oliver Reed may not have been Britain's biggest film star - for a period in the early 70s he came within a hairsbreadth of replacing Sean Connery as James Bond - but he is an august member of that small band of people, like George Best and Eric Morecambe, who transcended their chosen medium, became too big for it even, and grew into cultural icons.For the first time Reed's close family has agreed to collaborate on a project about the man himself. The result is a fascinating new insight into a man seen by many as merely a brawling, boozing hellraiser. And yet he was so much more than this. For behind that image, which all too often he played up to in public, was a vastly complex individual, a man of deep passions and loyalty but also deep-rooted vulnerability and insecurities. Why was a proud, patriotic, intelligent, successful and erudite man so obsessed about proving himself to others, time and time again?Although the Reed myth is of Homeric proportions, he remains a national treasure and somewhat peculiar icon.Praise for other books by Robert Sellers:Hellraisers: The Life and Inebriated Times of Richard Burton, Richard Harris, Peter O'Toole, and Oliver Reed: 'So wonderfully captures the wanton belligerence of both binging and stardom you almost feel the guys themselves are telling the tales.' GQ.Vic Armstrong: The True Adventures of the World's Greatest Stuntman:'This is the best and most original behind-the-scenes book I have read in years, gripping and revealing.' Roger Lewis, Daily Mail.Don't Let the Bastards Grind You Down: '...a rollicking good read... Sellers has done well to capture a vivid snapshot of this exciting time.' Lynn Barber, Sunday Times.