What Do We Expect from Our Government? 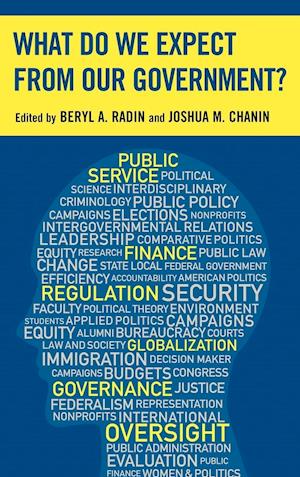 Much has changed in US politics since the historic 2008 election. While the press covers the actions and agendas of the new administration, other impacts of this political shift have not received as much attention. These changes have forced the nation to rethink the necessary role of government, the role of the private market, the impact of science, technology, and information, and, ultimately, our place in the world. What Do We Expect From Our Government? provides a glimpse at this set of developments by focusing on a number of policies, such as climate change, immigration, and terrorism, as well as governance processes such as oversight, elections and campaigns, and regulation. It highlights the role of research in public sector decision-making, the role of the academy, the relationship between economic imperatives and scientific information, and dealing with uncertainty and change. In addition, it includes attention to broader issues such as national economic and fiscal policies and strategies for assuring equity and access in programs.