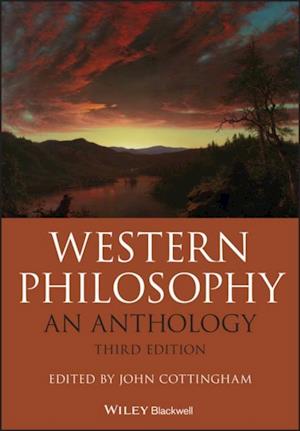 The new edition of this celebrated anthology surveys the Western philosophical tradition from its origins in ancient Greece to the work of today’s leading philosophers  Western Philosophy: An Anthology provides an authoritative guided tour through the great tradition of Western philosophical thought. The seminal writings of the great philosophers along with more recent readings of contemporary interest are explored in 144 substantial and carefully chosen extracts, each preceded by a lucid introduction, guiding readers through the history of a diverse range of key arguments, and explaining how important theories fit into the unfolding story of Western philosophical inquiry. Broad in scope, the anthology covers all the main branches of philosophy: theory of knowledge and metaphysics, logic and language, philosophy of mind, the self and freedom, religion and science, moral philosophy, political theory, aesthetics, and the meaning of life, all in self-contained parts which can be worked on by students and instructors independently.   The third edition of the Anthology contains newly incorporated classic texts from thinkers such as Aquinas, Machiavelli, Descartes, William James, and Wittgenstein. Each of the 144 individual extracts is now followed by sample questions focusing on the key philosophical problems raised by the excerpt, and accompanied by detailed further reading suggestions that include up-to-date links to online resources. Also new to this edition is an introductory essay written by John Cottingham, which offers advice to students on how to read and write about a philosophical text.   Part of the Blackwell Philosophy Anthologies series, Western Philosophy: An Anthology, Third Edition remains an indispensable collection of classic source materials and expert insights for both beginning and advanced university students in a wide range of philosophy courses.