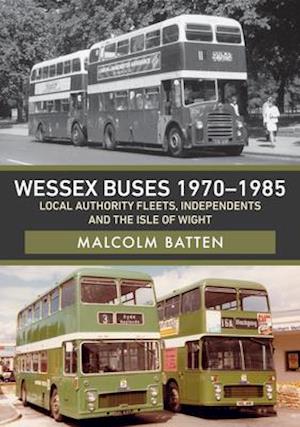 The bus scene around Southampton and its surrounding towns in the 1970s and early 1980s was one of change. The National Bus Company had been set up in 1970 as part of the 1968 Transport Act. This brought together the former nationalised Transport Holding Company fleets such as Hants & Dorset and Wilts & Dorset and the former BET fleets such as Southdown. The independent company Gosport & Fareham Omnibus (trading as Provincial) sold out to the NBC at the same time. At first there was little sign of change, but as the decade progressed companies were merged, area boundaries changed and new standard National liveries adopted, replacing the former variety. On the Isle of Wight, change was less profound, with Southern Vectis remaining the main company, though now under NBC control. Meanwhile local authority fleets flourished in Southampton, Portsmouth and Bournemouth, each adapting in their own way to changing circumstances.This, the second in a pair of books, covers the local authority fleets, independent companies, and the Isle of Wight.

Forfattere
Bibliotekernes beskrivelse Rare and previously unpublished images of the Wessex bus scene. This, the second in a pair of books, covers the local authority fleets, independent companies, and the Isle of Wight. 180 Illustrations, unspecified