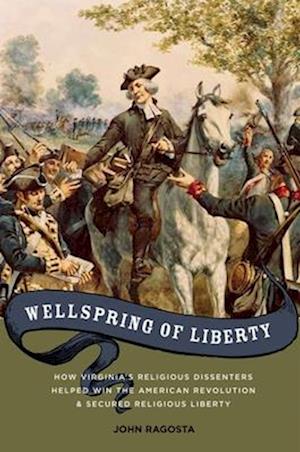 Before the American Revolution, no state more seriously discriminated against and persecuted religious dissenters than Virginia. Over 50 dissenting ministers, primarily Baptists, were jailed, and numerous Baptists and Presbyterians were beaten or harassed. African-American congregants were treated particularly viciously. By the time the U.S. Constitution was adopted, no state provided more extensive protection to religious freedom, nor did so in terms nearly soelegant as Thomas Jefferson's Statute for Establishing Religious Freedom. This dramatic change occurred because Virginia's dissenters, constituting as much as one-third or more of the population, demanded religious freedom before they would mobilize for the American Revolution; Virginia's establishmentleaders, the same gentry leaders who led much of the persecution, had little choice but to grant that freedom. In return, dissenting ministers played an important role both in encouraging enlistments during the Revolution and themselves joining in the fighting. By comparison, British efforts to co-opt religious dissent were wan and failed to gain significant support in Virginia. By the end of the war, though, religious liberty was not yet complete, and with the necessity of mobilization eliminated, establishment leaders, led by Patrick Henry, sought to reinvigorate the formerly established church through a general tax to benefit all Christian denominations. This proved too much for the dissenters who had demanded religious freedom based on both their politics and theology; politicized by the negotiations during the Revolution and with James Madison coordinatinglegislative efforts, they rose up to quash the idea of a religious tax and insisted upon adoption of Jefferson's Statute. In doing so, these eighteenth century evangelicals demanded a strict separation of church and state. The impact of their joining the polity and the robust religious liberty which theyleft as a legacy still resonate today.