Welfare, Democracy and the New Deal 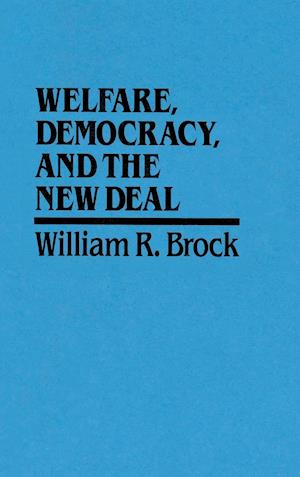 Although Franklin Roosevelt's New Deal is remembered for bringing aid and assistance to millions of unemployed and indigent Americans, surprisingly little has been written about federal relief for unemployment. The great experiment of the Federal Emergency Relief Act challenged directly the deep-seated conviction that the relief of poverty was a local responsibility, and in so doing highlighted the deficiencies of local self-government. At every stage it was the elected officials and representatives who offered the most determined opposition to humane and national relief administration. The FERA brought the United States to the brink of a fully integrated welfare system, but a reversal of policy in 1935 split welfare into national, state, and local authorities, which was to have unhappy consequences in the future. In reviewing the experience of the FERA and the New Deal, Professor Brock's book raises important questions about American attitudes toward welfare, local government, and national responsibility.